The Death and Life of Great American Cities by Jane Jacobs 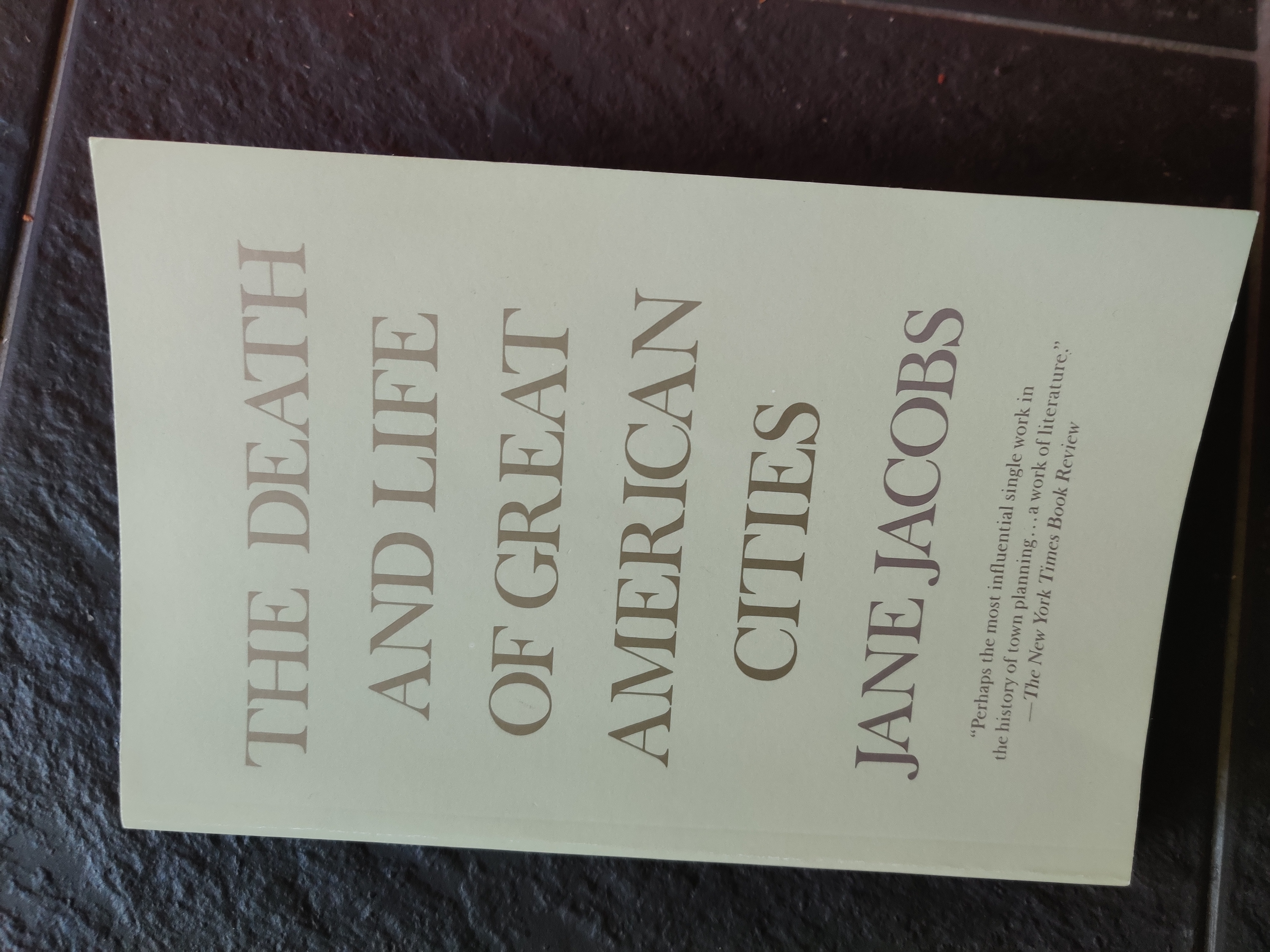 Oh, this one is just precious. The book was originally written in the 1960s but you can only tell that by the fact that twitter is not mentioned even once; the content is as applicable today as it was then. And it’s written by someone who can not only lay out the facts, but also actually write, and on top of that — question the common and the known while respecting the tried and the true.

With references to multiple American cities, the author explores what works and doesn’t work in cities. What makes some areas thriving and some dull? What makes some streets feel safe and welcoming no matter the hour and others eerie and threatening despite their clean and streamlined appearance? How do cities get slums and how do the slums disappear?

The very first sentence of the book reads

This book is an attack on current city planning and rebuilding.

There are a lot of assumptions that are commonly applied in urban planning (or dealing with problems like slums) to this day and that are just not functional. “Build a park near a vulnerable area, it’ll get better!”. Well, no, the park is probably where the muggings will concentrate. “Build a big space for congregating and the youth will start hanging out there”. No, it’s boring there and their usual paths don’t bring them there. And so on. A lot of it can be summarized as “just because you as a planner/politician/whoever want it to be beneficial for you, neat, and predictable, doesn’t mean that people work that way or want the same as you do”. If you put a children playground 5km away from the nearest building with a child, it won’t be popular.

In a way this reminds me of the common “team-building” practice in big companies, where by ways of dragging all the employees during their free time to a single location and providing some food and booze, the management expects bonding to happen. There will be about as much bonding as between any two people who went to the same restaurant for lunch the other day and didn’t share a table. Forced interaction is very rarely the answer to anything. A spontaneous interaction, one that happens “by the way” (very literally in case of a little shop on a residential street) regularly enough — that’s the one which will create an effect.

Another thing was about giant open spaces, like a huge square in the middle of nowhere or an extremely wide street: too much is shared there, so people don’t feel like sharing anything. The book doesn’t mention it, but this could be written word for word about an open-space office. Cue the headphones.

There was also this bit about the slums not getting better over time which also explains why it sucks to work in companies with a high turnover:

The constant departures leave, of course, more than housing vacancies to be filled. They leave a community in a perpetually embryonic stage, or perpetually regressing to helpless infancy.

Creating trust, understanding the actual value of the right amount of diversity, dealing with complex dynamics of the relationship between the city and its districts…​ All this and more is looked at through examples from real life, not just theoretical ruminations on how it would’ve been nice if it was. You can take some passages and apply them to organizations, to agriculture and permaculture, to any non-trivial system, really.

Greatly humane non-fiction book about an important subject and the courage to embrace the mess and magnificence of reality in all its complexity. I now understand why this book is referenced so often.