Migration Without Borders: Essays on the Free Movement of the People, edited by Antoine Pécoud and Paul de Guchteneire

TL;DR: Back in 2007, a bunch of scholars look at the history and theoretical future of migration. Namely, they try to figure out how a border-free migration would look like, and whether it’s a good thing or not. Questions of ethics, economics, and governance are brought up. In the second half of the book, borders and migration are examined in Europe, West Africa, southern Africa, Asia, Mexico, North America, and South American Cone. 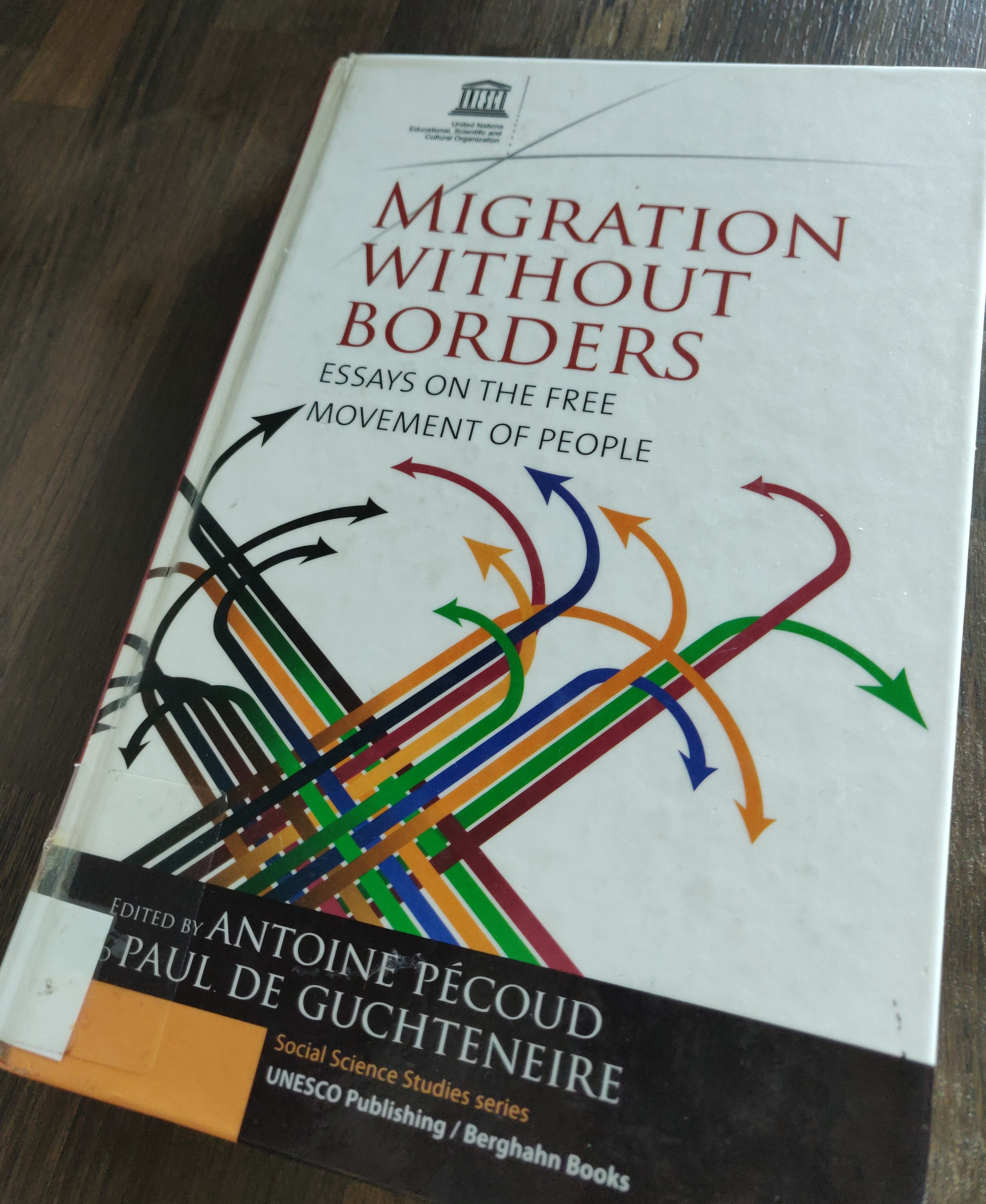 Despite the controversial topic, the authors of the essays try to stay impartial, and the language of the book is that of a white paper. This impression is only strengthened by the long lists of references after each essay.

That said, already in the first sentences of the foreword Pierre Sané of UNESCO calls a world without borders “a Utopia”, so it’s pretty easy to tell where the book is leaning.

One of the frequently mentioned points is that the human right to leave any country, including one’s own, is not really complete without a counterpart of being also able to enter any country.

Another angle is that of redistributing wealth through remittance payments and closer ties between countries — which is working here and there today.

The costs of illegal border crossing are also brought up a lot. If there is a reason to, people will attempt to cross the border no matter the law, the risk or the sanctions. One of the inadvertent effects of the difficulty to do so is that people who made it will hesitate to come back to their country of origin even for a short while, ultimately leaving more of them in the country of destination.

And, the authors point out, during the long history of humankind, everyone migrated all over the place just fine. We didn’t have airplanes, social welfare or the internet back then though.

Speaking of a welfare state, without a sufficient degree of solidarity within a society it’s not likely to cope well with immigration. And it’s not the only issue. One country can’t unilaterally decide “everyone can go anywhere”; whichever its current status (more country of origin or more country of destination) it won’t end well. So it has to be at least several countries coming to an agreement at the same time, and everyone knows how easy that is.

On the world scale, there’s a widely quoted study claiming that if borders suddenly disappeared tomorrow, the world’s GDP would double as an effect. It is criticized in the book for the assumptions which it’s based on. The model assumes that labor is homogeneous, that perfect competition and mobility exist in labor markets, that there’s no public intervention, and that a lot of things stay fixed. In reality though, free movement of labor might both aggravate poverty in sending countries and polarize the society even more. Also, the cost of integration is no joke, and learning a language is no small thing.

The essays offer various approaches to this kaleidoscope of issues and benefits. For example, to deal with immigration as a welfare state, one of the authors puts forward 4 routes:

The author of the same essay also points out that immigration might at most be only a partial solution to Europe’s ageing problems — it would need to be very high to be sufficient (and so hello integration costs), and besides that, immigrants eventually get older too.

There are more theoretical and factual branches of thought and potential action to follow in the essays, and even more in the references. The historical perspective is covered pretty broadly, and for those who like me have no idea about the state of migration in West Africa this book provides a lot to learn. But migration is a hot topic which receives new layers and details all the time nowadays, and in this regard, 2007 was a long time ago. There’s a lot of pros and cons and “it happened like this there and there in that year”:s in this book. There is also a lot of honest and informed “I don’t know”:s. It does not answer the question of how the world would look like if there were no borders. But it surely helps to think about it, theoretically, by providing some possible viewpoints in Part I: Theoretical issues and some facts in Part II: Regional perspectives.