How to Take Smart Notes: One Simple Technique to Boost Writing, Learning and Thinking — for Students, Academics and Nonfiction Book Writers by Sönke Ahrens 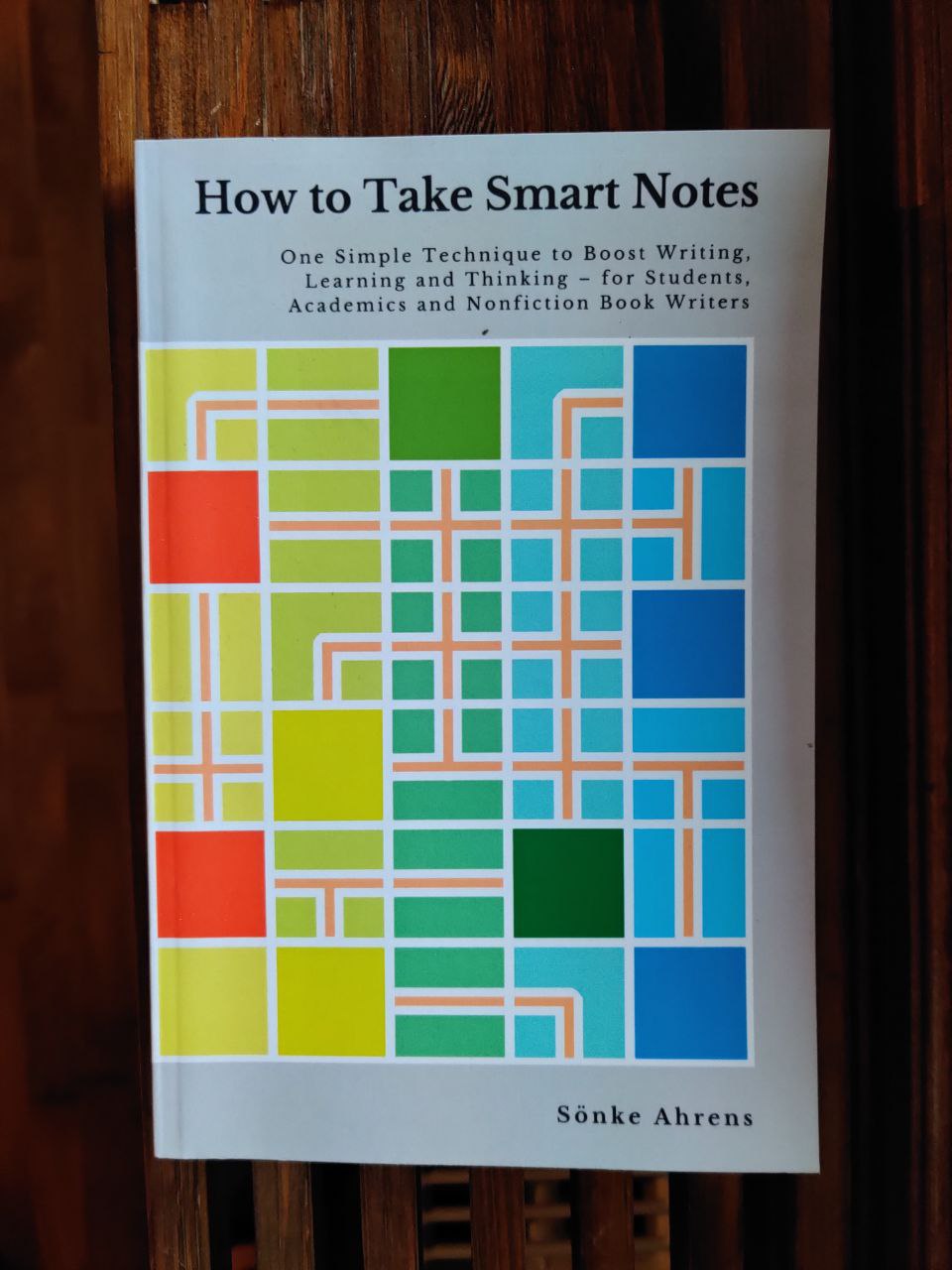 This is a short book that could’ve been much shorter, but whatever. The repetitions, the small mistakes, and the clickbaity title do not take away from the main purpose of the book. And the purpose is to introduce the people who don’t speak German to the writing technique for non-fiction authors which made its inventor horrendously productive.

Let me introduce herr Niklas Luhmann with a bunch of quotes from the book:

every day after his 9-5 shift […​] goes home to do what he liked most: reading and following his diverse interests in philosophy, organizational theory and sociology

One day, he put some of these thoughts together into a manuscript and handed it over to Helmut Schelsky, one of the most influential sociologists in Germany. Schelsky took it home […​] contacted Luhmann. He suggested that he should become a professor of sociology. [Luhmann] didn’t have the formal qualifications required

In Germany, a professor traditionally starts with a public lecture presenting his or her projects, and Luhmann, too, was asked what his main research project will be. His answer would become famous. He laconically stated: “My project: theory of society. Duration: 30 years. Costs: zero”. In sociology, a “theory of society” is the mother of all projects. When he finished the final chapter, almost exactly 29 and a half years later, as a two-volume book […​], it stirred up the scientific community

In 30 years, he published 58 books and hundreds of articles, translations not included. Many became classics in their respective fields. Even after his death, about half a dozen more books on diverse subjects like religion, education or politics were published in his name — based on almost finished manuscripts lying around in his office. There are more than a few colleagues I know who would give a lot to be as productive in their whole lifetime as Luhmann was after his death.

He constantly generated more ideas than he was able to write down. His texts read as if he is trying to squeeze as much insight and as many ideas as possible into one publication.

So, how does this technique work? Like many beautiful complex things, it has a handful of simple principles that turn into a powerful system when applied with deliberation:

The implementation of these principles can be done in paper or in digital form, and there are even forums about this, e.g. https://forum.zettelkasten.de.

Now, on a more basic level, this means writing a paper would go like this:

The author also gives some recommendations for the tools supporting this process — whether you choose a purely paper-based one, a purely digital one, or a mix — and spends the rest of the book talking about the benefits of the system and the reasons it works. He also discusses getting better at your craft (writing in particular), using different kinds of attention during different activities (focused for proofreading, floating for generating ideas), cognitive load of pending tasks and small choices, the dangers of confirmation bias, and other related stuff. I would wish for a bit more of a critical view at the system, maybe an analysis of common pitfalls or something, but I guess there are forums for that (and personal experience of course).

This book is a perfect complement to “Deep Work” and other works by Cal Newport, “Atomic Habits” by James Clear, “Ego is the Enemy” by Ryan Holiday, and “Educating the Reflective Practitioner” by Donald A. Schön. Real learning is a deep-work habit which should not be steered by ego but rather by concrete action. Even if you don’t want to write a book or a paper about the stuff you learn, developing an actual body of knowledge that is in order and in chaos at the same time and playing with it is way more interesting than wading through small and big curiosities that your brain never has a chance to connect.